The park is divided into 5 themed zones; Egypt, Greece, Rome, Iberia (Old zone of Spain) and The Islands (of Greece). Park Zones & RidesEgypt - The Geometric mysteries of the Pharaos, a 360º View of Egypt. This area is influenced by ancient Egyptian culture and features, La Pirámide del Terror - A interactive Walk Through attraction inside Keops' Pyramid. Cataratas del Nilo (Falls of the Nile) - A flume ride with a Main Drop of 20 metres and a second drop about 13 and Backwards. Puerto de Alejandría (Boats around the Park) - A boat ride from Egypt to Iberia with beautiful views of all the rides.

Greece
Olympic emotions and the will of Athens, a 360º View of Greece. This area is influenced by ancient Greek culture and features, El Laberinto del Minotauro (Labyrinth of the Minotaur) - One of the best Dark rides in Europe, created by Sally Corp, during a trip inside the Labyrinth you'll find Dinosaurs, Skeletons, Giant Assasin Dogs, and the Minotaur and you'll kill them with your weapon.

Synkope - One of the two Giant Frisbees in the World.
Kinetos' Temple - A temple that contains a simulator inside, the film is "El Guerrero del Amanecer".
Triton's Fury - A unique Splash ride with two 25 metre drops.
Ícaros - A typical ride of Zamperla, Flying Chairs.
Alucinakis - A children's Coaster by Zamperla, the little version of Magnus Colossus.
Arriarix - Another children's ride, explore the Old Greece riding a horse.

The most spectacular Empire, a 360º View of Rome. This area is influenced by ancient Roman culture and features, Magnus Colossus - A Wooden roller coaster with a unique Double Drop that gives a feeling of weightlessness.

Speed at the Nearest sea shore 360º View of Iberia. This area is influenced by ancient Iberian culture and features,

Arietes - Another Classic ride with, the Crazy Cars, but they aren't Cars, they are Cows, Bulls and Sheep.

Jabato - The last ride, but Kiddie.

El Moll - The other site where the boat stops, from Egypt to Iberia, from Iberia to Egypt, every trip is different.

The refreshing zone of joy, a 360º View of The Islands. This area is also influenced by ancient Greek culture, 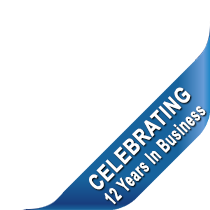